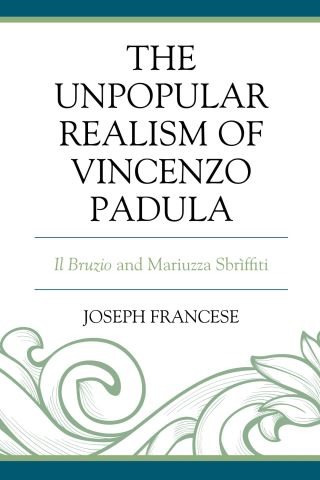 The Unpopular Realism of Vincenzo Padula

The Unpopular Realism of Vincenzo Padula provides a microhistory of life in a Southern Italian province in the decade following Unification and of Vincenzo Padula, who wrote single-handedly from March 1864 to July 1865 — a period when pro-Bourbon loyalists were attempting to exploit the discontent of the Region’s poor masses by fomenting brigantry and reverse the Unification — Il Bruzio, a pro-Government periodical published in Cosenza. The pro-government reformist Padula pointed out not only the successes but also the shortcomings and failures of the Savoy regime, so as to consolidate their rule. He gave particular attention to the problems of daily life through the correspondence of a literary creation, Mariuzza Sbrìffiti. The difficult integration of the South, in Padula’s view, was often exacerbated by the unwillingness of the “piemontesi” to learn the social, political, and economic realities of the South. Padula enables us to view from multiple angles both macroscopic issues, such as the relationship between the Church and the New Italy, and the dire state of the infrastructure and economy, and microscopic ones, such as the peasantry’s misplaced hopes in Garibaldi, clerical obscurantism, popular beliefs and culture, contradictions in the structure of the new liberal regime, and the status and role of women in such a society. He views his subjects from a unique perspective, one is defined by its empathy for and identification with the marginalized “persons of Calabria.”